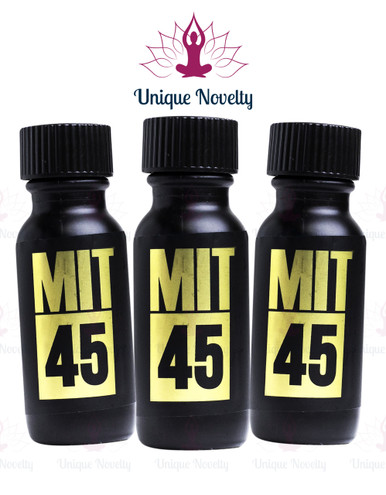 Bombastic though it may sound, the retort is surprisingly consistent with the sales figures reported thus far. Only a few months in distribution, the product has received a blistering response from the market, burning up its spot on the shelves at a keystoned $18 MSRP with hellfire fury. Many stores are already reporting sales upwards of a master case per week (120 units).

So what is MIT 45, exactly (besides “rocket fuel”)? It’s a liquid kratom extract produced in a certified CGMP facility, but don’t think Vivazen or Kratomite. Think . . . well, rocket fuel. More to the point, think a pure, unadulterated and unflavored full-spectrum kratom tincture that logs in at a whopping 45% mitragynine, which, if you’re familiar with kratom, you know is the alkaloid that gives the leaf its magic. The result, according to those who’ve tried it, is a pronounced effect that kicks in within minutes of ingestion and takes hours to taper off with no harsh crash or nausea.